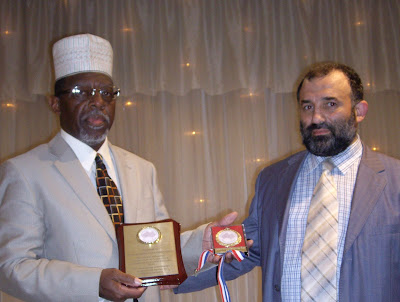 Imam Vernon Fareed accepting a plaque and medalion from Keysar Trad on behalf of Imam W. D. Mohammed who had left this world prior to being able to receive the award. We pray to Allah to welcome Imam Mohammed in His vast mercy and spacious paradise.

2009 was going to be a big year for Australian Muslims with the organisation of the first national Qur'an festival.

Our chief guest and Champion of Cultural Inclusion was scheduled to be Imam W D Mohammed from the USA.

God Almighty willed to deprive us of this festival and of hosting the great Imam who passed away in Ramadan of 2008 whilst the preparation were still continuing for the Feb 2009 visit. As a result of this and other developments in 2009, the presentation of the prize was decided to be made in 2010, posthumously.

The 2009 award of Champion of Cultural Inclusion has been presented to the late Imam W D Mohammed's assistant Imam Vernon Fareed who has accepted it on behalf of Imam Mohammed during a special program in 2010. 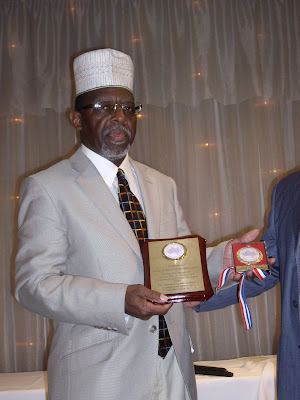 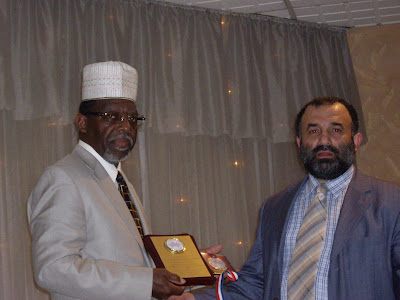 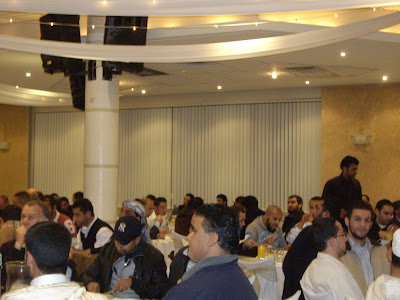 Some of the guests present during the award ceremony
Posted by K Trad at 6:35 PM